← more from
Rocket Recordings
Get fresh music recommendations delivered to your inbox every Friday.
We've updated our Terms of Use. You can review the changes here. 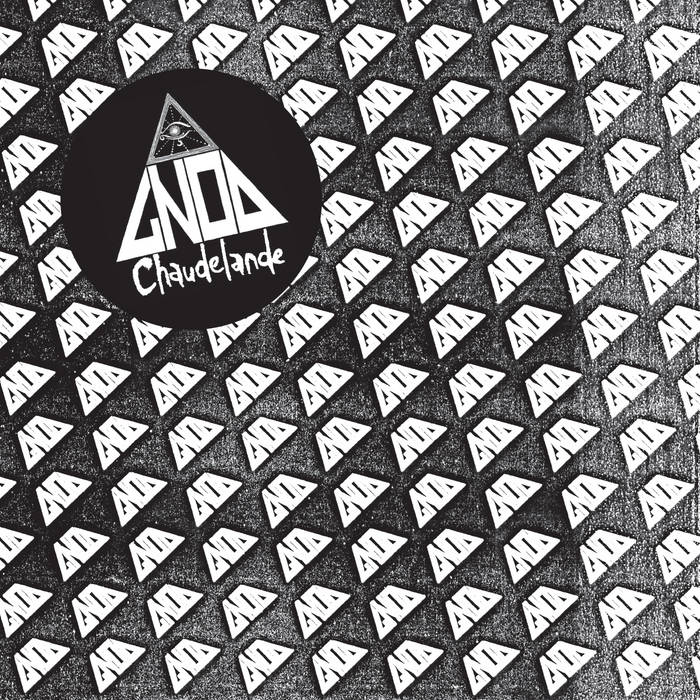 Levrikon Just incendiary, propulsive kosmiche-influenced space rock. The rhythms are rock-solid and despite the song lengths, they never feel like they're dragging. Favorite track: Genocider.

Tom Colquhoun Enlightenment at gunpoint, Gnod is a runaway mechanical colossus flattening everything into paste. This is the kind of music Throbbing Gristle or Coil would have made if they had balls the size of houses. Favorite track: Genocider.

DerEngel So far,"man on the wire" is my fav...absolutely awesome album... Favorite track: Man on the Wire.

Al Monstrous. Spasmic. Retina-snapping. A perfect cathartic album to drown out the effect of a warped society. Favorite track: Genocider.

John Cratchley DIY eclecticism that is infectious...GNOD go in unexpected directions yet aren't too precious to acknowledge their influences.
With tough,resilient work-outs and a committed work ethic, I really like the 'unexpectedness' of this album and their willingness to abandon a safety net and walk the high wire.

Neil Halpin Feels like when I watched them at Supernormal Festival. So trippy,excellent! Favorite track: Genocider.

none of your goddam business

Emperor of the Underground of Doom..

Gnod’s Chaudelande Vol 1 & 2 vinyl only albums on Tamed Records (tamedrecords.com) have become a thing of infamy as two of the greatest slabs of beat driven, shamanistic space noise to of been released over the past few years and we at Rocket Recordings are proud to announce that we have brought these two mammoth LPs together for the first time on CD and download. The limited edition CD digi-pack (Launch054) will be available on the 25th of February.
The collective that is Gnod has risen out of the DIY ethic of Manchester’s Islington Mill. Central to the ethic is alternative approach to musical creativity and freedom of expression with no regard to established opinions. Gnod is a state of mind. Those who seek Gnod, will find Gnod, the universe is centred on neither the earth nor the sun. It is centred on Gnod.

Recorded in Studio Chaudelande, France, ‘Chaudelande’ takes Gnod’s convulsive vision, straps on electrodes, charges the amps, then overstimulates the vital organs as a torrent of contorted sounds akin to the likes of Pil, Hawkwind, and the Butthole Surfers lignite like an arc-flash repetitive blaze.

The epic pilgrimage that is Chaudelande will take the listener on a ride through the narrow chinks of the cavernous mind in the frenzied spirit of This Heat, Sunburned Hand of Man and the repetitive beats of Krautrock via Wax Trax.

So come join the cult that is Gnod’s ‘Chaudelande’ as once again the band deliver another jolt to the unsound mind.

CD and Download on Rocket Recordings and Ltd LPs on Tamed Records (tamedrecords.com)

Bandcamp Daily  your guide to the world of Bandcamp

sndtrak stops by with an Album of the Day Feature of his most recent release, FLIPS V1: Triple Lindy